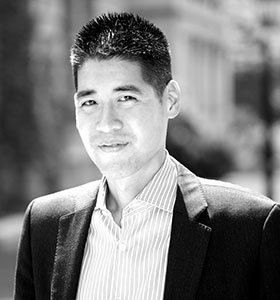 Dr. Lawrence C. Loh completed his undergraduate training and medical school at Western University, and his residency at the University of Toronto during which time he also earned a Master of Public Health at Johns Hopkins University. He is a Fellow of the College of Family Physicians of Canada and also holds Fellowship in Public Health and Preventive Medicine with the Royal College of Physicians and Surgeons of Canada and the American College of Preventive Medicine.

Dr. Loh became the Executive Director and Chief Executive Officer of the CFPC in September 2022. He began this role following more than a decade of senior medical leadership positions in the public sector, during which he served at all three levels of government in two provinces, including the Public Health Agency of Canada and Fraser Health Authority in British Columbia. While working at Public Health Ontario he was seconded as a senior medical consultant to the Ministry of Health in the Office of the Chief Medical Officer of Health.

Prior to his role at the CFPC, Dr. Loh was the Medical Officer of Health for the Region of Peel, best known for leading the Peel Public Health team through the COVID-19 pandemic. After assuming the position in March 2020, Dr. Loh and the team directed measures to save lives and mitigate the impacts of COVID-19 in one of the hardest hit communities in Canada while also helping deliver the largest vaccination rollout in Canadian history. Before the pandemic Dr. Loh served as one of Peel’s Associate Medical Officers of Health with a portfolio focused on environmental health, health equity, and digital health.

Currently, Dr. Loh is also Adjunct Professor at the Dalla Lana School of Public Health at the University of Toronto and a clinical lecturer at the Department of Family and Community Medicine at Queen’s University in Kingston, Ontario. His teaching and research foci have spanned the fields of global health development, global health ethics, and public health physician training and practice.

Dr. Loh’s leadership and service have been recognized by colleagues and the public. He has received the Key to the City of Mississauga, an Award of Recognition from the Town of Caledon, and was named as one of Toronto Life’s Top 50 Influential Torontonians in 2021, among other academic, teaching, and practice awards.

Dr. Loh is an avid runner and enjoys spending time with family and friends, travelling, playing the piano, and writing. He lives in Toronto with his wife, a practising family physician, and two young daughters.