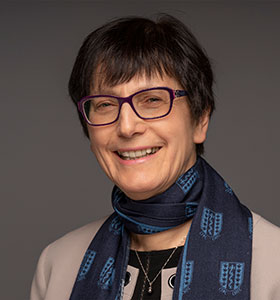 Dr. Francine Lemire obtained her medical degree from McGill University and then did an internship in internal medicine. She completed her family medicine residency at Memorial University of Newfoundland, which included enhanced skills training in anesthesia. She obtained Certification in Family Medicine from the College of Family Physicians of Canada (CFPC) in 1979 and became a Fellow in 1993.

While practising comprehensive family medicine for 23 years in Corner Brook, Newfoundland and Labrador, Dr. Lemire included intrapartum care and anesthesia as important elements of her scope of practice. From 2003 to 2013 she worked part-time with the Toronto Western Family Health Team at Toronto Western Hospital in Ontario. She has academic appointments at the University of Toronto and Memorial University of Newfoundland.

Dr. Lemire represents the College of Family Physicians of Canada (CFPC) in the World Organization of Family Doctors (WONCA). She has also served on the Mental Health Commission of Canada as a member of the Service Systems Advisory Committee. She has represented the CFPC on many other initiatives, including the International Medical Graduate Taskforce and the Canadian Collaborative Mental Health Initiative.

The CFPC achieved many important milestones during Dr. Lemire’s first five-year term as CEO. They include: improved governance, with moves to smaller, skills-based boards for both the CFPC and the Foundation for Advancing Family Medicine; implementation and evaluation of the first competency-based postgraduate medical education curriculum (Triple C) in Canada; introduction of Certificates of Added Competence; a major review of the continuing professional development standards for accreditation, and the implementation of Mainpro+® (the CFPC’s tool for Maintenance of Certification); dissemination of the Patient’s Medical Home concept as a model for family practice; and the creation of the Besrour Centre, a hub of innovation designed to advance family medicine globally.