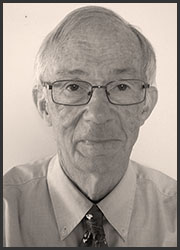 Dr. Don Patten loves Ottawa, Ontario. It is where he grew up and where he has worked as a family physician for 50 years.

Family medicine was his path of choice because he loves working with people. He believed that being a generalist would allow him the greatest opportunity to form long-standing relationships with people of all ages. “I also wanted to disprove the pervading notion of the day in medical training facilities that being a family doctor somehow mattered much less than being a specialist.”

Dr. Patten attended medical school at the University of Western Ontario (now Western University) in London and earned his degree in 1965. He then did a rotating internship at St. Michael’s Hospital in Toronto, Ontario. While there he heard about a new family medicine training program at the Ottawa Civic Hospital, which would become the foundation of the University of Ottawa residency program.

“I knew that one year of a rotating internship was insufficient to prepare me for practice, so I applied and was the first resident accepted into the program. Two years later, in 1968, I was the first graduate and joined a small group practice in Ottawa.”

Shortly after that he heard about a new family practice exam and knew he wanted to participate. “The exam format was unique and the oral exams were particularly challenging. They were held in rooms with a one-way window so faculty could observe. I felt like I was in a fish bowl and it certainly added to the stress. However, it was, and still is, an excellent testing tool,” said Dr. Patten.

“It validated that I knew my stuff and gave me an increased sense of confidence that I was a competent family physician,” said Dr. Patten. “I was so convinced of its great worth that I became an examiner in Hamilton and later an exam site coordinator for several years in Ottawa.”

Over the years Dr. Patten has held many roles in a full-time comprehensive practice, including as a teacher, administrator, and researcher. In 1977 he assumed a geographic full-time position with the University of Ottawa and in 2001 he moved to a part-time role at the now-named Civic Family Health Team. He plans to retire in May 2019.

Thinking back over his career, he said, “Perhaps I am just being nostalgic for the ‘good old days,’ but I don’t think comprehensive care is what it used to be, and this is an issue. People are living longer with more complex health problems, requiring more complicated management strategies.

“Family physicians need the tools to manage their patients in this new environment, which will include stronger links to all aspects of the health care system. We need to continue to build and maintain a cadre of family physicians in communities across Canada, as I believe these critical roles will be the norm going forward.”