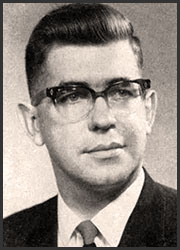 Dr. Donald Brown is an East Coast boy. Born in the small town of Shubenacadie, Nova Scotia, he has spent the majority of his life serving Nova Scotians.

While studying medicine at Dalhousie University, Dr. Brown became interested in general practice because he wanted to care for the whole family. After graduating in 1959 Dr. Brown worked for a number of years in rural Nova Scotia. His patient rosters included miners and large extended families. “It was a different time. One of my patients had 22 babies!”

In 1968 he joined Dalhousie’s medical school as the first full-time faculty teacher in what would become the Department of Family Medicine. He was also the first director of residency training. Dalhousie’s first family practice clinical centre opened soon afterward with three teaching practices.

“From the beginning our focus was on what we call an interdisciplinary team approach to care. We had physicians, public health nurses, social workers, and a psychologist. We also trained residents and medical students,” said Dr. Brown.

He was 10 years into practice and a full-time faculty teacher at Dalhousie’s medical school when he wrote the first Certification Examination in Family Medicine in 1969 and earned the newly minted Certification in the College of Family Physicians of Canada (CCFP).

“Dalhousie’s family medicine department was founded in the mid-’60s when the CFPC recommended more formal postgraduate training for physicians interested in general practice,” said Dr. Brown. “More than half our graduates at the time were going into general practice. In my faculty role I realized I needed to make sure we were keeping up with knowledge and training, so I wrote the exam.”

In the early 1960s Dr. Brown also became interested in medical hypnosis to help with pain management and depression. After a sabbatical during which he studied behavioural science in Charleston, South Carolina, he pursued additional training. He then started to offer medical hypnosis therapy as part of his practice.

“A large percentage of my patients were in physical pain. I wanted to see if there was a treatment that could help manage pain after we had diagnosed the actual cause of the pain. Many of our patients were also depressed. As I learned more about medical hypnosis I realized it was a useful treatment for many people.”

In 1996 he retired from family medicine and from Dalhousie to focus on medical hypnosis. He retired fully in 2016 but still does self-hypnosis. “I just had my hip replaced and I use medical hypnosis to manage my pain. It works very well.”

Dr. Brown became a CFPC member in 1961, participated in dozens of research studies, and served as chair on countless committees over his career. He has won more than 20 awards for his work in family medicine and medical hypnosis and has developed more than 150 papers, articles, and workshops over the years.

In 2009 he published Advances in the Use of Hypnosis for Medicine, Dentistry and Pain Prevention/Management. Dr. Brown is working on his next book, which presents case studies of former patients. With plans to complete it in the next few years, he will be in his early 90s when it is published.