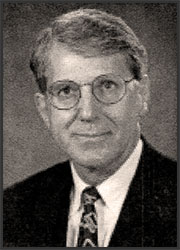 For the final 11 years of his career Dr. J. Paul Newell focused on public health in a rural corner of the state of Georgia. He credits his training as a family physician for giving him many of the necessary skills to support the region’s most vulnerable people.

It all started with his own family doctor during his formative years in Markham, Ontario. That doctor, who worked out of the backroom of his house, made a significant impression on the young Paul Newell. He knew he wanted to be a doctor—but his parents were not so convinced.

Around the time he graduated in 1966, there was a shift in family medicine training. Residency programs were being introduced, including one in London. He completed the program and immediately wrote the new Certification Examination in Family Medicine. “It was important to me to write the exam. It was groundbreaking—really unique and challenging. Completing it and earning my CCFP are still points of pride.”

A pivotal moment in his life happened soon after this milestone. His father developed pancreatic cancer and Dr. Newell returned home early from a year of postgraduate training in London, England, to support his parents. He provided care for the final five months of his father’s life.

“It opened my eyes to the perspectives of the patient. It gave me insight into the importance of pain control and how to support people who are dying. These are critical roles for family doctors, and I carried this knowledge with me throughout my career,” said Dr. Newell.

His involvement in establishing a health centre in nearby southwest Middlesex County to care for the rural population and regional First Nations communities would also help him in future roles. “It was an innovative one-stop shop with a dentist, pharmacist, advanced practice nursing, social work, and public health staff. It was a key influence on my future work supporting marginalized and minority populations in the U.S.”

Dr. Newell accepted an opportunity to start a residency program in Belleville, Illinois, in 1979. “Canada was ahead of the curve in terms of patient-oriented care. Wayne Weston and Moira Stewart were the trailblazers on that front. I applied that approach to my work with residency programs in Illinois and Georgia.

“Living in the U.S. for as long as we did, I realized the many strengths of the Canadian system,” said Dr. Newell. “Family medicine really is the skeleton and guts of the health system.”

Dr. Newell recently moved back to Canada. He and his wife live in Stratford, Ontario.